TIPS FOR CREATING TRENDY MAKEUP IN THE 1980s VINTAGE PICTURES

Makeup is an evergreen fashion phenomenon that has made a vow never to get extinct the moment it was born into this world. In the absence of extinction, makeup has done excellently well in evolving as well as being an object of trendsetting.

While the 80s’ fashion for women had a lot to do with jewelry, clothing and hairdo, you cannot ignore the presence of makeup in the 80s as it showed up too much to go unmentioned.

TIPS FOR ACHIEVING THE MAKEUP IN THE 80s

The first feature of 80s makeup was its lavish use of colors. We could term this the playful style of the 80s.

The makeup in the 80s was all about adventurously using a blend of colors, from the popping eyeshadow colors like pink, purple, red, blue, and the likes to the use of beautifully colored mascaras and then the loud red colored lipsticks.

The makeup in the 80s always showed up in many bright colors proving that multiple colors do not depreciate the beauty of art. You will have to embrace the use of more colors if you want the style of the 80s.

The 80s are an extremely high end era in the fashion books as they take us to the audacious brows - brows never to be caught scanty or bland. 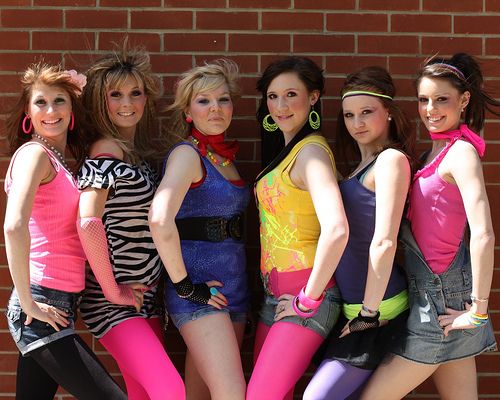 In the style of the 80s; brows were bold and very dark. They gave off a daring and ready to move look. So if you admire the makeup in the looks of the 80’s and are ready to recreate the look, give some more weight to those brows.

What is a 1980s vintage look without the rocker eye and pink lip look? Absolutely nonexistent! The rocker eye and pink lip combo was a major trend of the makeup in the 80s. It was a combination of the fierce look for the eyes and the mildly romantic look of the lips. If you want to get a look with the makeup in the 80s style, you need to find your way around this simple yet vibrant look.

One swift way to create this trendy look is to search for artists who wore this makeup excellently well such as; Madonna, Grace Jones, Princess Diana, Cyndi Lauper, Molly Ringwald, Olivia Newton-John, Jane Fonda, Brooke Shields, Debbie Harry, Christie Brinkley and many others. If you can get the look, then you are making a headway in the makeup of the 80s. 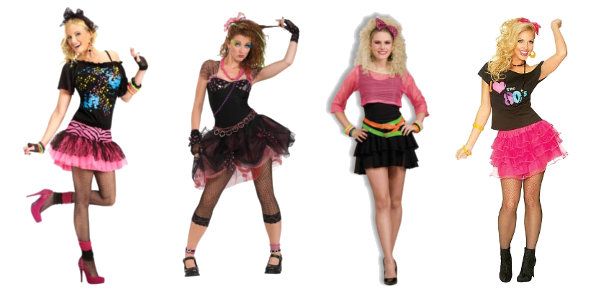 Blush was another major highlight of the makeup in the 80s. Your cheeks just had to be full of color. It was often bright pink and was concentrated on the cheekbones. There was no style of the 80s that could leave out the use of blush. If you want to create a vintage style of the 80s, then you will need to apply a lot of blush.

The style of the 80s is also not complete without the heavy foundation which was always at least two tones lighter than natural skin color. And also the thick layer of eyeliners that always went from base to top.

Creativity, style, audacity and color were the major themes of the fashion and style of the 80s, it was obviously different from the previous years and fearlessly so too. These tips should come in handy for your next shot at recreating style of the 80s.